6 amazing free things to do in Lefkada city 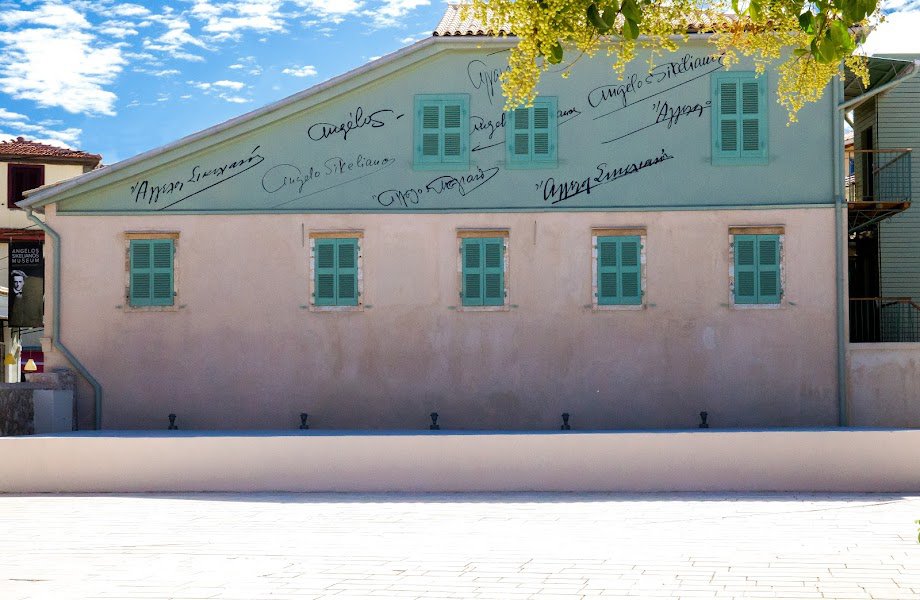 Even if you are on a tight budget, Lefkada city is an incredible place to visit, with so many wonderful things to do.

The house in which the world renowned poet and literary figure Agelos Sikelianos was born houses the museum which holds its name and which was entirely funded by the National Bank and delivered to the local community in 2017. It is a remarkable museum of international standards that does not only exhibit rare manuscripts, photos, books and objects of his life but by highlighting the different phases of his literary life, sheds light into the ideas, the personality and the life of the famous lyric poet.
✪ Kyprou, Lefkada city

In the heart of Lefkada city you will find an exhibition hall that is dedicated to the talented Lefkadian painter Theodoros Stamos, known worldwide for his large-scale gestural abstractions. From April to October, Theodoros Stamos Exhibition Hall hosts a variety of interesting solo and group exhibitions, displaying the work of local and international artists working within painting, sculpture, installation, photography, textile etc.
✪ 1 A. Skiadaresi Str., Lefkada city

If you love literature and history, don't miss the chance to visit the Lafcadio Hearn Historical Centre. The visitor with the help of texts, photographs, exhibits and audiovisual applications will explore the milestones of the extraordinary life of Lafcadio Hearn along with the cultures of Europe, USA and Japan of the late 19th and early 20th century through the Open mind of Hearn writings, lectures and tales.

The Folk Festival Museum is housed in the same building. This tiny museum exhibits items that are directly connected to the long trajectory of the International Folklore Festival such as traditional costumes from various countries, embroidery, musical instruments, flags, medals etc. Its purpose is to showcase the multidimensional intercultural bond that has been developed for over 50 years between Lefkada and the hosted countries.
✪ 1 Sikelianou Str., Lefkada’s Cultural Centre, Lefkada city

4) Admire the view from Faneromeni Monastery

Located on a green pine clad hill above the city, this peaceful and inspiring monastery provides a fascinating glimpse into Lefkada’s religious traditions. According to the legend, the disciples of St. Paul, Acila, Sosiona and Herodion, preached here at 63 B.C. the teaching of Jesus Christ. In the 5th century B.C. the iconographer Kalistos was commissioned to paint a picture of Virgin Mary which was revealed to him, in a miraculous way. In the 18th century the monastery was renovated but during the time of Venetocracy two fires brought about its complete destruction and as a result it was rebuilt in the 19th century. The view from the monastery is stunning. One can marvel from there the olive grove, the lagoon, the town, the windmills, the beach of Ai Giannis, the mountains of Epirus and Acarnania, Preveza as well as the Ambracian Gulf in the east are also clearly visible. Next to the monastery is housed the ecclesiastical museum of Faneromeni with ecclesiastical manuscripts, rare post-byzantine pictures etc. and a small maritime museum with handcrafted wooden ship models and maritime tools from all over the world. In the courtyard of the monastery you will see numerous cute animals such as exotic birds, deer, turtles, goats etc.
✪ Frini village, 3km from Lefkada city

Lefkada is a place full of magic and color and without doubt the most pleasant way to explore the city is on foot. Wander through the picture-perfect neighborhoods of the historic center, explore the prettily cobbled streets with the colorful buildings and the verdant corners and find some time for hanging out in the central square. Another one of the free things to do is to visit the beautiful churches of Lefkada town. Μost were built between the 17th and 18th centuries and have incredible icons.

A visit to the Public library should be on everyone’s Lefkada bucket list if only to be reminded that Lefkada has a rich cultural heritage. While in the area, be sure not to miss out on Charamoglios Library (the library is in the Guinness Book of Records) as well as the beautiful tiny cafés that can be found within the district. A little bit further, you will find A.Sikelianou street (a street with numerous of benches) which is the perfect spot to bring a cold freddo espresso with you and eavesdrop on the locals.

Popular with families because of its bright white sand, Ammoglossa beach (translated as ''tongue of sand'') is just a short distance from Lefkada town. It is located in the north-east of the island of Lefkada, opposite the fort of Agia Mavra and can be accessed on foot from the main town or by bus. While Ammoglossa may not have the jaw-dropping, tropical-imitating ‘wow’ factor of some headline Lefkada beaches like Porto Karsiki, Kathisma or Egkremnoi, it really does have its own unique beauty. 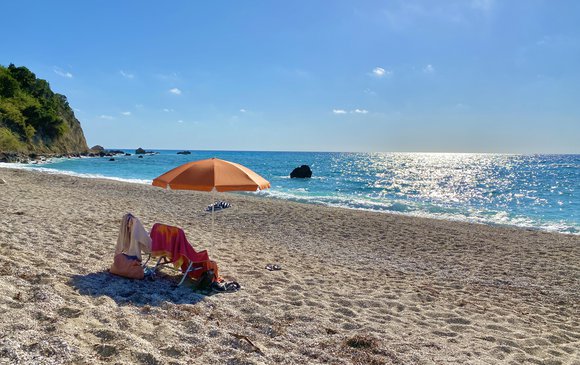 Avali: A Reason to Recline 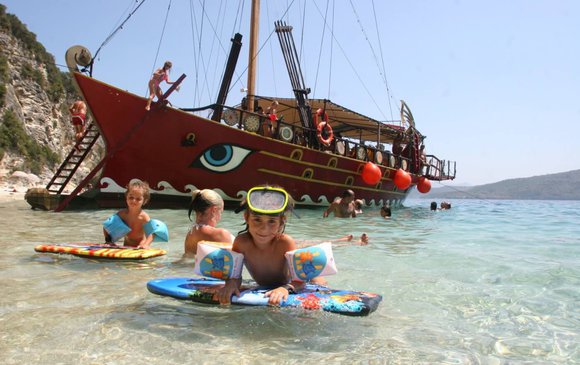 5 family-friendly experiences on the island of Lefkada