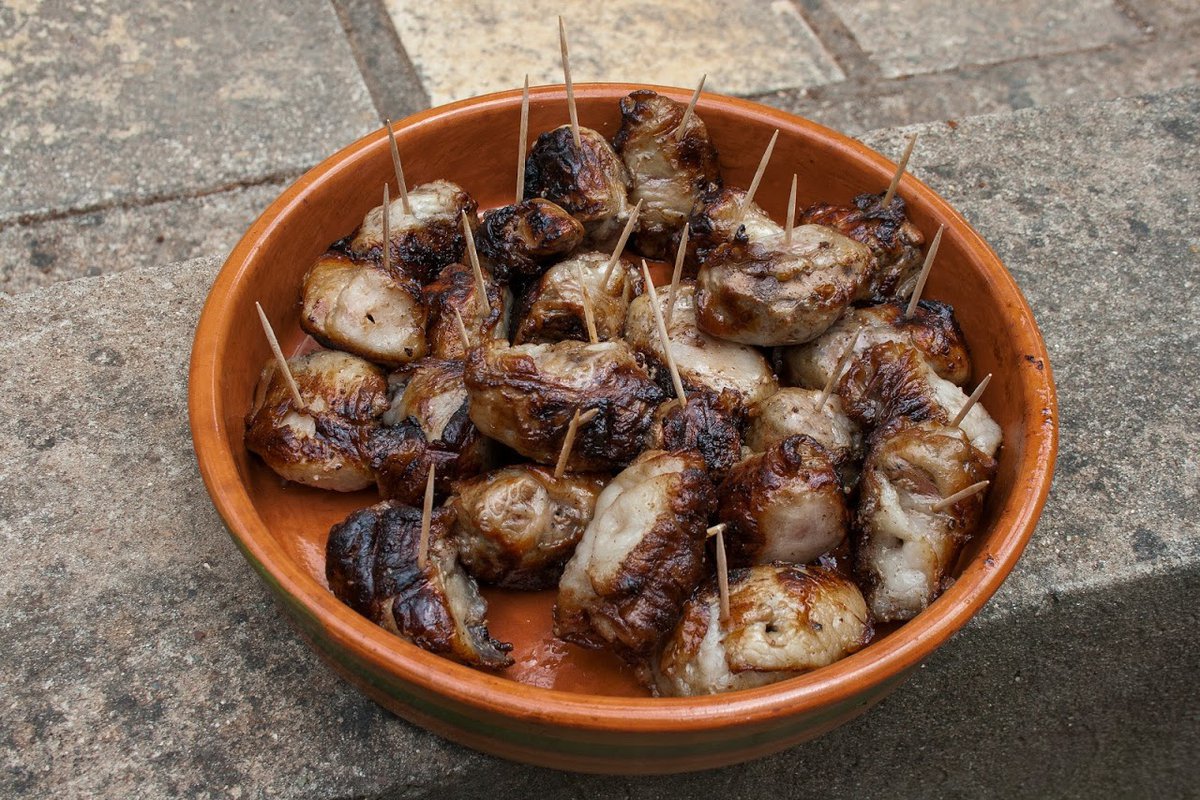 This soup was often made on Sunday evening, whilst on Holy Saturday after the Resurrection service, a few intestines were fried for a snack.

Materials:
the lamb’s intestines and stomach
the feet half the liver and lights
1 large bunch of fresh garlic
salt and pepper
2-3 eggs
the juice of 2-3 lemons

Preparation: Wash the intestines scrupulously as well as the stomach which is blanched in boiling water. Also blanch the offal. Make a plait of the intestines and chop all the rest finely. Boil them without sauteing. Add the garlic in fine slices. Season, and when cooked, thicken with beaten egg and lemon juice. The soup can be as thick as desired. Cut up the plait and put it in the serving dish, pouring the soup over it.

I find tempting a tip I was given by Mrs. Nitsa, whose father-in-law put orzo in the belly of the kid. She her-shelf didn’t like it, but my experiment showed that it is special taste. Like a ghivetsi (a dish of a kind of pasta with meat, named after the cooking-pot it is made in), let’s say, sealed in as it was sewn into the belly of the carcass, redolent of garlic and fennel, cooking in the kid’s fat. Other ladies present said they had heard of it but did not known how to make it.

If you intend to venture it, put 2 cups orzo in 4 cups boiling water and boil until the water is absorbed. Season and put it in the belly of the baby goat with chopped fennel and garlic and sew it closed. When roasted the orzo may be compacted. Take two forks and fluff it.

Preparation: Chop the liver into uniformly sized pieces of about the size of half a box matches. Dust with the seasonings. Soak the cauls for a short while in hot water. Cut them into lozenge-shaped pieces to wrap each piece of liver, leaving the edges free.
Thread the fricadelles onto a short metal skewer, making sure the cauls are pinned where they overlap so as no to come undone when grilled.
Put them on a grill over the embers. Do not overcook but they must definitely not be underdone. The cauls melt during the cooking and the liver does not dry.
Make sure of some good bread and strong wine with them. They will be needed!

Tzatziki or ‘skordalia’: a condiment to accompany the Easter baby goat
We make this in Pigadissianous at Easter and call it tzatziki – in those days we didn’t know the real tzatziki, the kind with yoghurt – this is made in the big stone mortar. Boil potatoes and crush them in the mortar with salt, pepper and olive oil. When the potatoes are pureed, add plenty of chopped fresh garlic and a small glass of milk, boiled but cold. It should have the consistency of tzatziki; this is why you need not use all the milk so as not to make it runny. It is served with the roast.

Told by Olga Politi from Pigadisianous

Materials:
the lungs and heart of a lamb
the lamb’s innards and a little chopped fat
salt and pepper
a little allspice

Preparation: Wash a string of lamb’s intestines well, inside and out. Chop up the lungs, heart and pieces of fat after they have been well washed and thread them onto a spit. Season. Fix the end of the intestine at the point of the spit where the pieces come to an end. Thread the intestines over them all the way to the other end and back again, fixing the ends each time. You now have lines of intesines parallel to the spit. Then, from the top end, begin twisting them along the whole length in a direction perpendicular to the spit. Finish at the bottom and fix the intestine so it does not come undone while cooking.
Season the outside lightly before roasting.
Spit-roasting is the same as for lamb, that is at first fairly high over the embers so that it is not scorched on the outside before the interior is cooked. If the spit is not turned by motor, it needs rhythmical and constant turning by hand.

Preparation: Beat the eggs (yolks and whites) with the sugar until white. Add the butter and continue beating. Then disolve the ammonia in the milk and add to the mixture with the vanilla. Begin adding flour, kneading with your hands. This is the crucial moment. There must not be more flour than necessary or the cookies will be hard. Try a piece, and as soon as it can be rolled out it is ok. There will most probably be flour left over. Cover the dough and let it rest for half and hour and then rol out to the desired thickness. Line the baking pans with greaseproof paper, butter them lightly and bake at 180ο C they are light gold on top and bottom.

Note: The secret of success for all cookies is not to ‘overload’ them with more flour than necessary. Always let the dough rest before shaping. If necessary after it has rested, dust with a little more flour.

An Easter experience in Lefkada 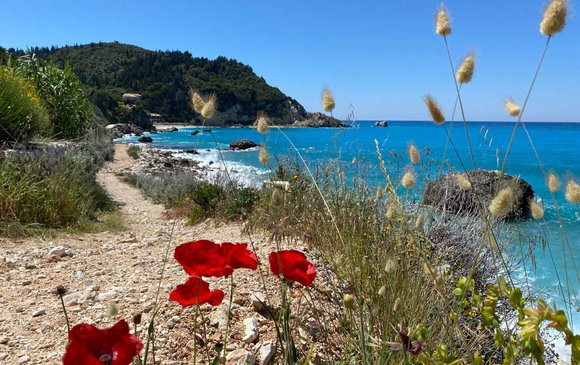 An Easter experience in Lefkada 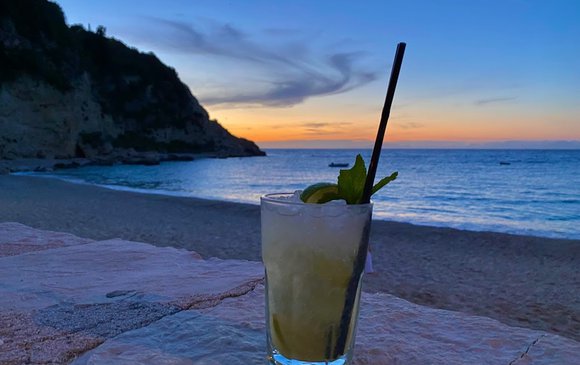 Lefkada: 8 destinations for coffee and drinks at the shoreline